This past weekend the Club had another great weekend in Lesotho.

We had 6 G's in the convoy and two white cars..

As we all arrived in Ficksburg we were informed, Pierre's 290 was not feeling well and he had to make plan for another G to be dropped off, while some left their passports at home.

We left Ficksburg on Thursday morning and entered via Peka Bridge Border, all was good and went relatively smoothly. Riaan Harman was held up at the border for overloading his G, with children, while the rest of us received some form of "grief" for beer, apparently not more than 1l is allowed to brought into Lesotho. There was some hints at bribes for some members but we left and headed for Roma Trading Post. We arrived in Roma just before dark, we had a lovely dinner when suddenly one vehicle arrived, Deon got their passports and was able to enter through Maseru, not long after Pierre arrived with "ou betroubaar" and our convoy was complete.

Our plan for Friday was to drive to Ramabanta on dirt roads, but we were informed that snow can be seen close to Semonkong and we headed straight there, stopping at Ramabanta Trading Post(we'd spend the next two nights here) to stretch our legs, we were informed about good snow about 14km on the Semonkong road. We found small patch of snow and the kids had a blast.

Around the corner we found even more good snow - we stopped and had a lekker braai next to the road. The locals found this very amusing, taking photos and coming in to say hello.

We carried on further towards Semonkong, next stop - Malutsenyane Waterfall. On the track towards the falls we found a couple in a Jimny, absolutely terrified, the small 4x4 leaned to one side as they tried to navigate the track, Riaan & Pierre were very friendly helping the couple out and they were on their way. The falls are always a beautiful sight to see, it wasn't flowing at full force but still worth the drive.

We headed back to Ramabanta, had a lovely kuier and good food.

Saturday we wanted something else than tar roads, Alex at the lodge informed us that Jock Strap Pass would be very technical and a big challenge, we opted for the safer route and headed towards a river crossing, where we may be able to cross. We drove past the Baboons Entrance on a track that very seldom gets driven, looking for the river crossing. Eventually the track stopped and we were stuck, as it was lunch time we stopped, made another fire and had a lovely braai in the winter Lesotho sun. We had a group of local children watching us for the duration of our lunch break.

One Basotho came and offered a small black bag filled with green "tobacco"...

After lunch we packed up and headed back for Ramabanta. As we were almost back on tar we found a place where a river could be crossed and had some nice 4x4 fun.

Myself, Theo, Riaan and Cornel headed for another river crossing and played some more while the others were getting settled in for the night. We had another great evening, watching the Bokke beat Ireland and another good meal.

Sunday morning everybody headed back home at their own pace, with Pierre leaving early for some more scenic drives towards Katse Dam.

Lesotho remains a great destination with friendly people and beautiful scenery. I for one will definitely visit again.

Those that joined the trip, please post your photos and stories as well. More photos from my side to follow. 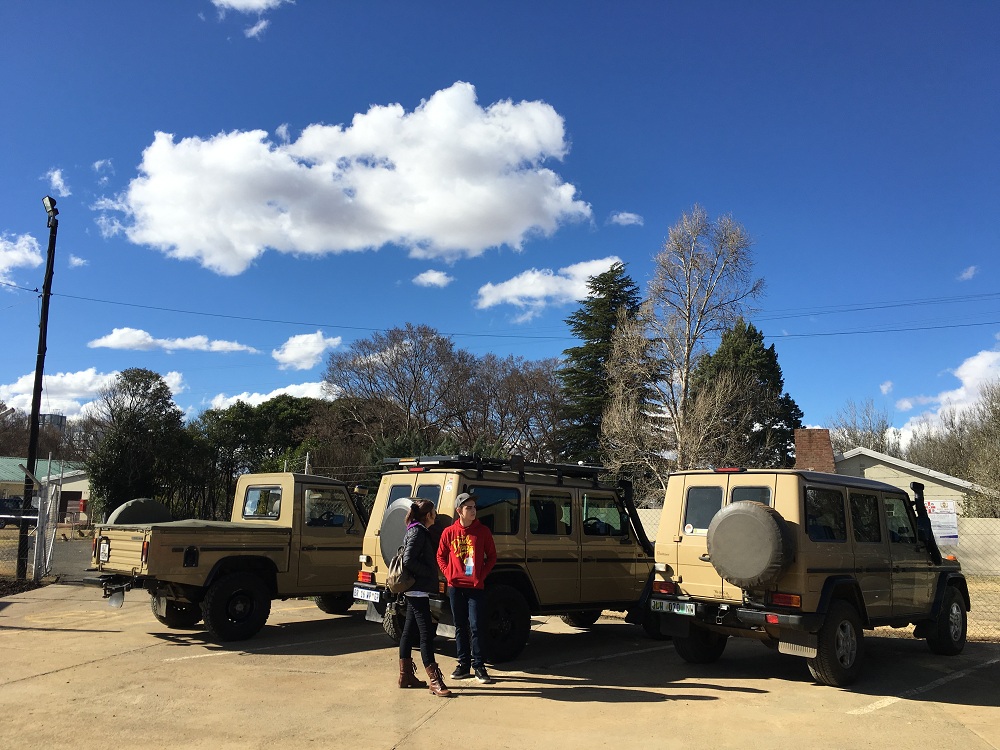 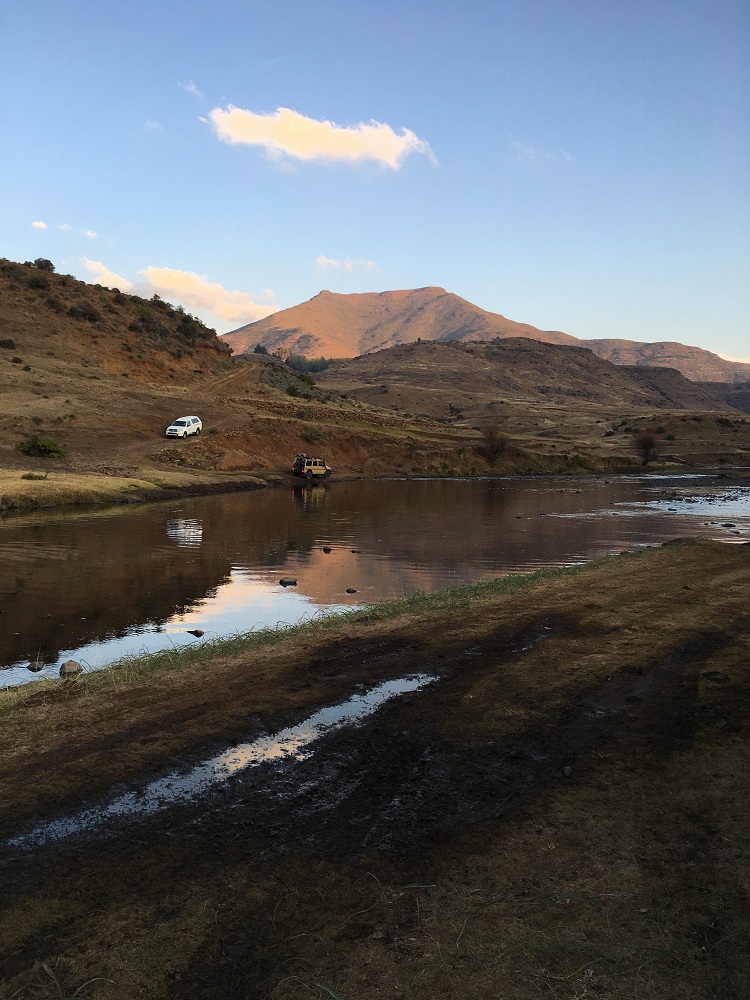 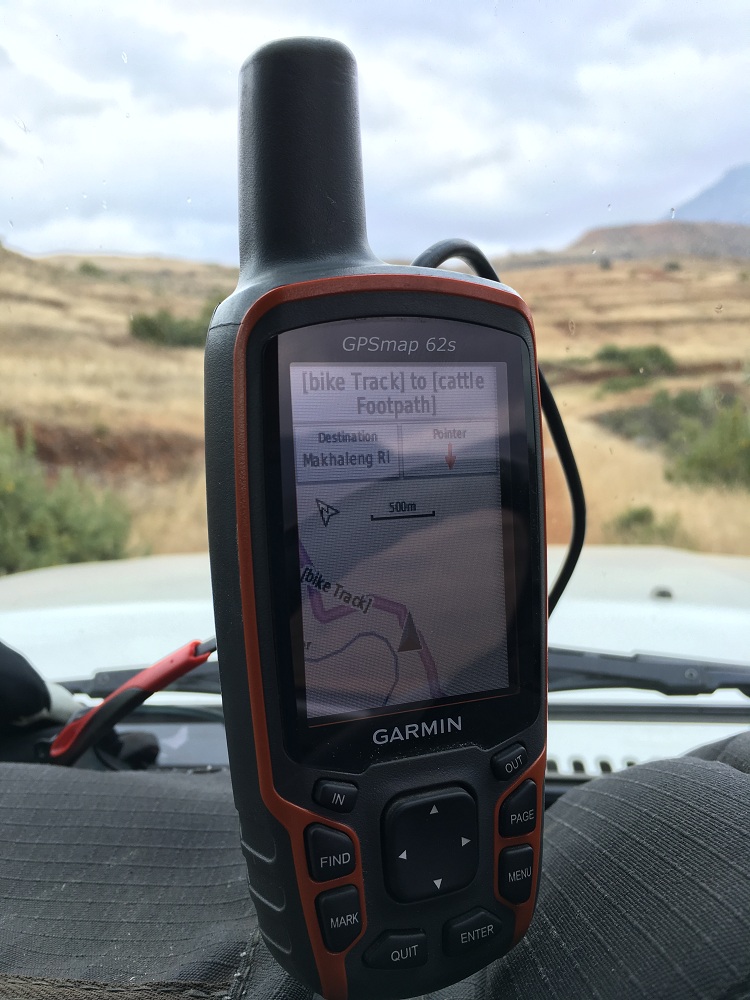 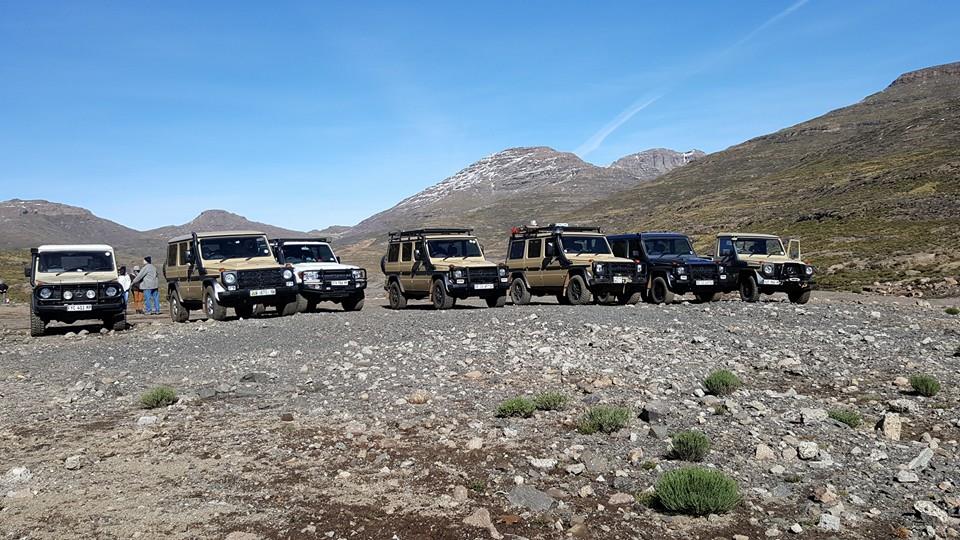 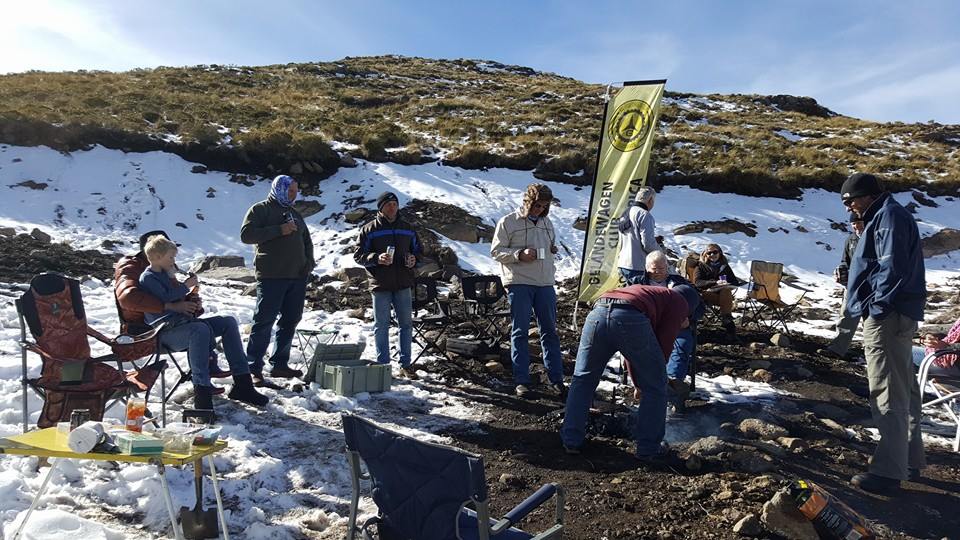 Glad you guys had fun and are all back safely. Lesotho is truly a special place - in winter and in summer.

NJVermaak said:
... while the rest of us received some form of "grief" for beer, apparently not more than 1l is allowed to brought into Lesotho ....
Click to expand...
Lesotho has always had a limitation on importing beer - I was actually under the impression you're not allowed any beer at all across the border. So at least the fact that they gave you grief is not a trumped up regulation.

Where did you guys overnight? Did you have any trouble with excessive begging?

Pete460332 said:
Where did you guys overnight? Did you have any trouble with excessive begging?
Click to expand...
We spent one night at Roma Trading Post, and a further two nights at Ramabanta Trading Post, same owners. Both are nice but Ramabanta is my preferred choice, nice atmosphere and a great view!

No issues with begging from my side.

Paul - I was not aware of the issue with bringing in beer, in the past they didn't ask or checked the vehicles.

NJVermaak said:
...Paul - I was not aware of the issue with bringing in beer, in the past they didn't ask or checked the vehicles.
Click to expand...
They're not very consistent in checking for alcohol - my vehicle have probably only been checked on 10% of my trips to Lesotho and on these occasions they only asked to look in the fridge and any cooler bags visible in the vehicle. Strategic packing of the vehicle helps...


For information to others who may be planning trips to Lesotho, the official customs regulations state the following (from http://visitlesotho.travel/travel/Article-detail.aspx?id=3):

The following items and quantities to a total value not exceeding M500.00 per person are allowed under rebate duty:


Any excess is charged import duty at a flat rate of 20%.


Visitors from Botswana , Namibia , South Africa and Swaziland , are not permitted to bring liquor into Lesotho .


PS - apologies for deviating from the topic, but I thought the info may be handy in future when people view this thread when planning a Lesotho trip.

paulventer said:
PS - apologies for deviating from the topic, but I thought the info may be handy in future when people view this thread when planning a Lesotho trip.
Click to expand...
Very handy Paul, thanks for sharing.

And that's where my 60 liter long range tanks come in handy......can anyone say OBS?

Nice review NJ and kudos for organizing a great trip, even arranging some snow

Thanks NJ for a neatly organised trip.

The Harman's enjoyed it, especially the snow for the kids was nice


Just a quick note to thank you all very much for staying with us at Roma last week. I hope you had a good stay & also that you had lots of fun in Lesotho.


I have taken up the bribery issue with Tourism & they are looking into it so hopefully it will be stopped immediately as you were not the only ones ”hit” last weekend at Peka.

It is terrible that it happened to you & I am sorry .

Glad all made it without incident or injury!

See you guys at CitP? We can share some 'pad se dinge'.

What about the GAS man thing?

Arnold Ross said:
What about the GAS man thing?
Click to expand...
It's a long story Arnold.... one day